Whether you are planning a short visit or a longer stay with us, the beautiful coastal town of Whitby has something to suit everyone. Follow the footpath down to the Cinder Path and the Cleveland Way, which connects Bay to Whitby, and you can enjoy a leisurely 4 mile walk into town. You can visit by car or public transport, but why miss the spectacular views? 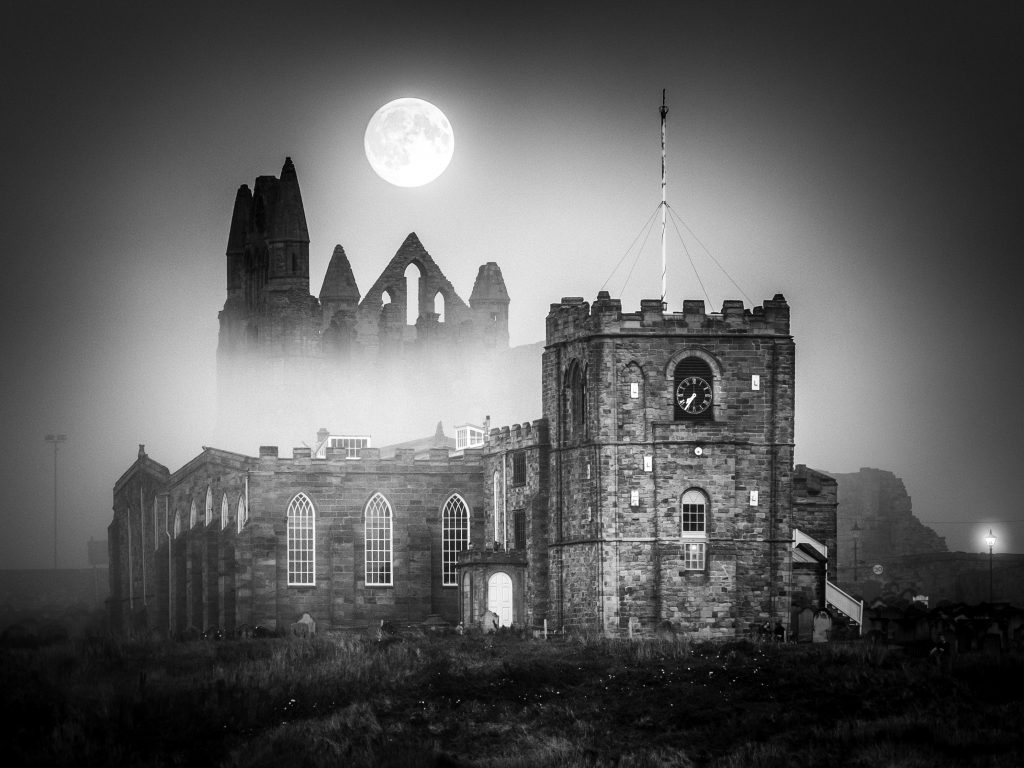 Whitby is famous for Captain Cook, St Hilda’s Abbey and the 199 steps that lead up from the old town to the C12th St Mary’s church and its old graveyard containing Caedmon’s Cross, a Victorian sandstone Celtic cross created to celebrate the town’s 7th century poet. From the Royal Hotel, on West Cliff, you can look out over the harbour, past the statue of Captain Cook and the old whale bones, towards the Abbey on East Cliff and imagine tall ships filling the Esk in times gone by. Whitby was once one of the countries busiest ports, home to master mariners and whalers as well as explorers and hardy fishermen. Visitors can easily see how Bram Stoker was inspired to write Dracula, and have the infamous vampire stranded off the Whitby coast one stormy night. 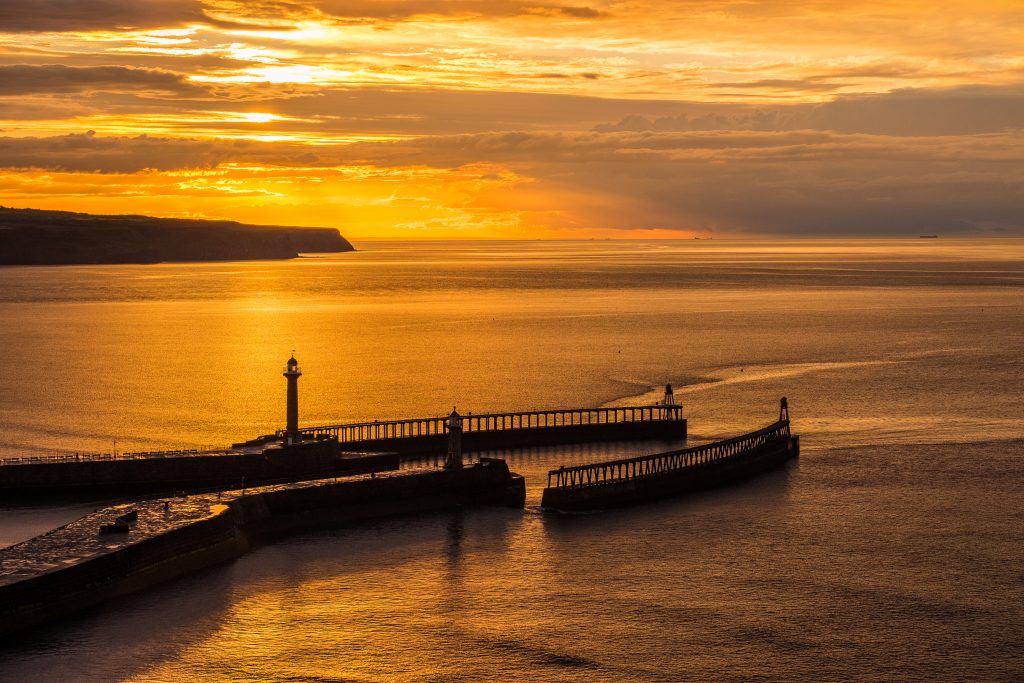 Throughout the year Whitby has a thriving entertainment calendar, ranging from Whitby Folk Week, traction engine rallies, Goth and Steampunk weekends, the RNLI fair and the laying of the Penny Hedge (a tradition in the town dating back to 1159) through to 40s weekends, soul music and country festivals. Not to mention the annual Regatta which has people returning year upon year. There are also traditional pier attractions and amusement arcades, complete with candyfloss and bingo. The Pavilion is a popular destination for live events and current cinema offerings.

From the town you can take the steam train to Pickering, visit Whitby’s Pannett Park with its museum and gallery or visit St Mary’s Church, with its traditional interior, untouched by time. Stroll around the cobbled streets, over the swing bridge, and treat yourself to some Whitby jet, beloved of the Victorians, and still carved in the town today, before heading up to the Abbey and its visitor centre. 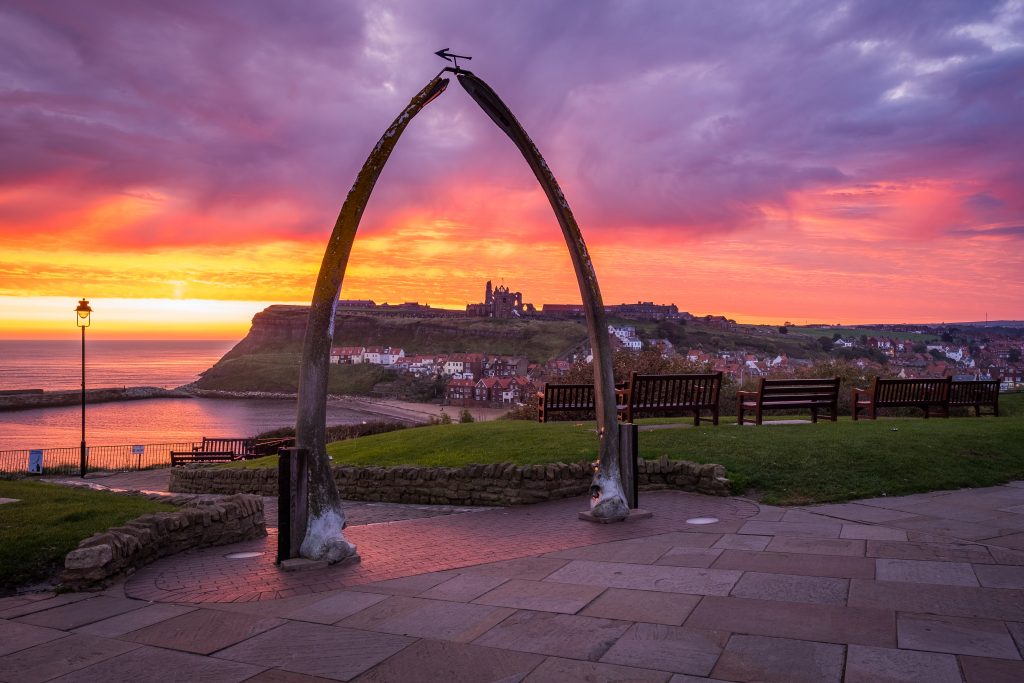 Before you leave plenty of restaurants and traditional pubs allow the visitor to eat in style. The fish and chips served in town are some of the best in the country, regularly appearing in the National Fish and Chip Awards. The Magpie, especially, draws visitors to its landmark restaurant and take away on Pier Road.

Kippers are still produced in Henrietta Street, at the bottom of the steps in Fortune’s smokehouse, and sent worldwide. But if fish isn’t your thing there are eateries catering for every taste and price range. Whatever your age or interest, Whitby is a traditional fishing town that always has a warm welcome.

This article entitled Whitby Things To Do, Places to Visit Was Written for Bayness Farm Campsite by Sarah Donaldson of Northern Editorial.